Chertsey Town lifted the Buildbase FA Vase at Wembley, after a 3-1 extra-time victory over Cray Valley (PM). The two teams, who both won their respective leagues this season, couldn’t be separated after 90 minutes following a tight, competitive and entertaining encounter in which Cray took a first-half lead before the Curfews bounced back. The And it was joy for Chertsey boss Dave Anderson, having come out of retirement to take the job on this season, as two goals in extra ti

For one Saturday only Team Pareto put down their FM tools and picked up their driving suits as they took part in the 8th Annual Karting for Heroes Event. The event which saw 31 teams battle it out, over a three hour go-kart endurance race, is held in aid of the charity Help for Heroes. Andrew Hulbert, Managing Director, commented “We are delighted to support this charity for a third year running and this year have two teams involved. We’ve contributed over £2,500 to this char

Pay For Performance When FM firms started to realise that their staff didn’t just care about pay – they wanted supportive management, training and development, flexible hours and a workplace that helped them thrive – they began offering much the same as each other. Now that so many employers provide these non-financial benefits, it’s predictable that employees, once more, will start thinking about higher earnings. That’s the theory of Chris Roberts, facilities manager at Comp

A FLUID APPROACH Martin Read looks at what’s driving today’s young FM professionals to take the plunge. It’s in the data: IWFM Pay & Prospects survey participants say that challenging or interesting work was critical to their choice of employer. Close to half of respondents said this, and it’s a growing cohort (40 per cent in 2016; 41 per cent in 2017; 47 per cent this year). Clearly there is a growing hunger felt by many to seize the initiative and add fresh experience to th 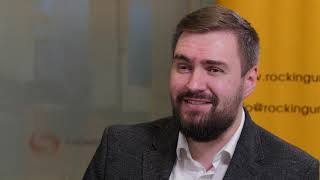 Video: Interview with Andrew Hulbert at Rockin' Ur Teens

Pareto FM are delighted to announced that they have successfully transitioned to the new ISO45001 standard. This accolade comes after a rigorous audit completed by ACS Registrars in April 2019. Pareto FM are one of the first facilities service providers in the sector to successfully achieve this accolade further demonstrating our commitment to effective Health & Safety.

Pareto invests in staff development to prepare for future growth